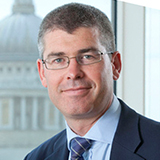 One of the real positives in 2019 was the wave of corporate attention and action on climate change. Reflecting growing concern among customers and employees, many companies have announced ambitious pledges to play leading roles in the transition to a low emission economy.

Making the transition to a low carbon – and within 50 years or so zero carbon – global economy will require huge changes in every corner of the economy and markets. Companies have to plan for comprehensive changes in their own operations, supply chains and customer behaviour.

As scrutiny on companies’ climate credentials rises, there is an understandable temptation to pull out headline-grabbing tricks while dodging tough strategic decisions. Given our focus and long experience on investing in genuine ”low carbon leaders”, we have developed an antenna for this “greenwashing”.

Here’s a quick guide to some of the key things we look for when assessing company plans:

An ambitious long-term plan that is consistent with the Paris Climate Agreement goal is critical to guide long-term capital allocation and strategic investments. The plan must have had board level scrutiny and approval, and be regularly focused on by the board.

Carbon offsets can be a seductively easy way for individuals or companies to convince themselves that they are doing their bit. They do have a place, provided they are viewed as a temporary mechanism or are seen as a “final step” after stringent efforts to reduce emissions as far as possible.

However, they can sometimes be an excuse to continue with business-as-usual, creating an economy of rising gross emissions with the misplaced hope that offsets will eventually stem the damage. Offset programmes such as tree planting are not of equivalent value to an avoided emission. A tree takes 30 years to mature and actually store the promised carbon. In contrast a CO2 emission today has an effect today - and for each of those next 30 years - until it is fully captured by the tree.

Secondly, there is less than 100% certainty that a planted tree will remain in place in the decades ahead. Natural disasters such as fires or drought over the maturation period could undermine the forest growth and carbon storage. Use of land for forestation can also lead to deforestation elsewhere unless the system is very carefully administered.

When we are evaluating company action plans, we look for real progress and a plan to eliminate the direct emissions of the company, not a reliance on offsets. To be clear, reforestation and carbon removal projects are absolutely essential to the fight against climate change, and offset programs do create an important source of financing for these initiatives. But this is quite different from the challenge of reducing gross greenhouse gas (GHG) emissions. That is where the focus of quality emission reduction plans should be.

Why not all carbon footprints are created equal

For example, if we look at two financial companies – one of which has switched to using renewable-only electricity and one that has not – the former has a significantly lower carbon footprint than the latter. However direct Scope 1 emissions for both companies remain the same and profitability is not materially affected because electricity use is not a major cost item for either company.

Furthermore, the main climate change impact for an investment company or bank is in the climate exposures of the companies they invest in or lend to. So the point here is that the Scope 1 and 2 emissions on which most investors focus (because they are disclosed and available) can be relatively easy to cut but often give little insight into the risks that certain companies face.

As another example, operators in the European aluminium industry used to get their carbon emission allowances for free, but soon will have to buy more of them on the market at the EU Emission Trading Scheme’s price; currently ~€25 per tonne.

If one aluminium company produces 10 tonnes more CO2 for every tonne of aluminium than a competitor (which frequently happens in global aluminium production) it will pay €250 more per tonne. €250 is more than 10% of the selling price of aluminium, which could easily wipe out the entire profitability of an aluminium producer.

There is also no way to recover this carbon cost. Carbon intensive capacity must either be shut down, or investment must be made in completely new production in order to compete. If the carbon intensive company cannot afford the new investment, the shut down of the old plant will transfer volumes to the carbon-conscious producer with the cash flow and profitability to expand. So in some industries a low emission profile can be a clear competitive advantage.

Scope 3 emissions are currently not measured or reported well, yet can be very important. A car company that has invested over the last 10 years to develop a strong range of electrified vehicles (EVs) may have a similar manufacturing carbon footprint to its competitors, but the products it is now selling result in considerably smaller Scope 3 emissions from the use of the cars by customers.

Indeed, profitability in the companies that haven’t invested is probably higher today but they have completely inadequate product portfolio preparation for a surge in regulation and consumer demand towards EVs. Only the company that has invested has a strategy that is consistent with the energy transition ahead.

The examples above are simplifications to make a point, and of course many companies have versions of each going on internally. As investors, we need to assess how the companies we hold are investing to manage their emissions exposure.

Firstly, we analyse the quality of the company's long- and medium-term targets. Then we look for evidence of sustained research and development spending on low emission technologies and products. We look for board level commitment to maintain leadership on climate change, and capital allocation decisions that back up the stated policies and goals.

All of these factors come together to help us understand where a company will stand in three, five and 10 years' time. We ask if they can develop true competitive advantage from these investments, and not just what today’s carbon footprint snapshot shows us.

The views and opinions contained herein are those of Schroders’ investment teams and/or Economics Group, and do not necessarily represent Schroder Investment Management North America Inc.’s house views. These views are subject to change. This information is intended to be for information purposes only and it is not intended as promotional material in any respect.

Why renewable energy could gain from the green hydrogen trend

Schroders is a world-class asset manager operating from 37 locations across Europe, the Americas, Asia and the Middle East.

For Press inquiries or any media relations questions, please contact us.