Why emerging markets may be the next digital frontier

Why emerging markets may be the next digital frontier

Emerging markets such as Malaysia, Indonesia and India could become the next connectivity mega-hubs

Emerging markets such as Malaysia, Indonesia and India could become the next connectivity mega-hubs

In the first part of this blog we wrote about how New York became an established connectivity mega-hub, based around a booming financial industry. In this piece we consider which locations are attempting to replicate its success and could offer outsized returns for adventurous investors.

Investing early into emerging connectivity mega-hubs can create significant value for such data centre developers, as more customers gravitate towards these new meeting points, in turn leading to interest from strategic investors. Examples include Richmond in the US, where QTS is the incumbent and Marseille in France, where Interxion owns key real estate. The Dutch listed data centre operator was snapped up by US giant Digital Realty in 2020. Digital cited Interxion’s established footprint in leading European markets, ahead of a growing wave of cloud computing demand, as a key attraction.

Despite already having a sizeable footprint in Europe, Digital Realty realised that Interxion’s network effects were insurmountable in these locations. Similarly, Blackstone has just announced its intention to acquire QTS’s portfolio for $10 billion – the largest deal ever in the sector at a significant premium to peer valuations.

As investors in the digital infrastructure of global cities, we continue our search on the “digital frontier” for the next undiscovered Richmond and Marseille to replace these acquired businesses. This means exploring emerging markets that are yet to experience their boom in data production. In 2018, we singled out China as an exciting emerging market for digital infrastructure. Demand for data centre space has subsequently rocketed, with investable listed data centre companies growing from one (GDS Holdings) to seven. Since our first investment in 2017, the market capitalisation of GDS has grown more than five-fold, according to data from Refinitiv DataStream, reflecting the sensational growth of the Chinese data centre industry.

Where are the next opportunities likely to be found?

Identifying the digital frontier requires looking at multiple factors, but these all lead back to the centuries-old drivers of demand and strategic connectivity that we highlighted in the example of New York. In its simplest form, the anticipated growth of a location’s gross domestic product (GDP) and its underlying digital services output is a strong indicator of potential success. GDP itself is driven by factors such as population growth, age profile and productivity levels.

To convert this into digital GDP requires capital investment in modern digital infrastructure that is connected to future trading partners. One example is the infrastructure propelling terabits of data at light-speed along sub-sea cables. Where these cables land we see opportunities for booming data processing and connectivity demand. In 2016, Interxion invested in Kenyan data centre iColo for this reason. IColo’s Mombasa data centre connects the African continent to Europe via the 15,000 km ‘PEACE’ sub-sea cable that terminates in Interxion’s campus in Marseille. It stops off on the way in Djibouti City, where the world’s super-powers are wrestling over strategic influence. The nation of Djibouti sits at the southern entrance of the Red Sea (leading to the highly strategic Suez Canal). With an increasing military presence providing security, it has ambitions to become the ‘Singapore of Africa’, despite being surrounded by relatively unstable nations. 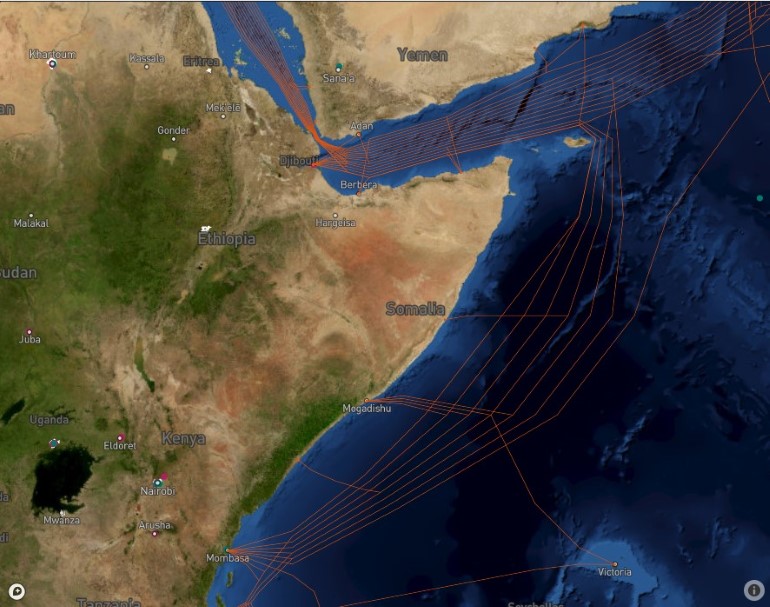 In more stable waters, Singapore itself has now become saturated with digital infrastructure leading the government to place a moratorium on new data centre development, given the sector’s draw on power. This presents opportunities for neighbouring Indonesia and Malaysia, that benefit from significant population growth, accelerating internet penetration and new sub-sea cable landings. In 2019, Indonesia had a population that was roughly 50 times that of Singapore, yet it only hosted around one-eighth of the data centre capacity. On this basis, Jakarta looks well placed to capitalise and so perhaps we shouldn’t write off Run Island too soon! Local developers are actively raising finance in anticipation of demand accelerating.

Elsewhere in Asia-Pacific, India has long offered potential given its large, young and IT-savvy workforce. Less than half of India’s 1.4 billion inhabitants are currently connected to the internet, yet this is more than double the entire US population. We see Chennai on its eastern coast as following in the footsteps of Mumbai in becoming a major connectivity hub to watch. For those more comfortable with developed nations, Perth in Western Australia is becoming a connectivity hub thanks to its new sub-sea links with Singapore, Sydney, Jakarta and Oman.

Networking to get ahead

Today’s equivalent of the 17th century naval powers are in many ways the US-based tech giants – Facebook, Amazon, Apple, Netflix, Microsoft and Google – which are all global businesses today. More recently, Chinese competitors such as Alibaba, Tencent and state-owned telecom companies such as China Mobile have joined them. If you dig into the sub-sea cable scene you will see their money backing major developments. For example, several more cable landings are planned into Djibouti, including 2Africa, which is funded by a consortium that includes Facebook, Vodafone and China Mobile.

As their cloud-based digital empires push the digital frontier into new territories, these businesses are looking to secure the digital shipping lanes required to rapidly transit data to video streamers, multi-national enterprises and online gamers globally. When they land on the beaches these cables will need data centre capacity, cell towers and overland fibre to reach their end customers. Our research is focussed on identifying the local incumbents that have already secured these major trading posts and we strongly believe that there are plenty of digital frontier opportunities left to invest in.