The UK capital held on to the top spot for the second year running, while Boston leapfrogged San Francisco to take second place.

The UK capital held on to the top spot for the second year running, while Boston leapfrogged San Francisco to take second place. 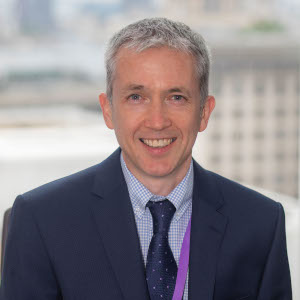 London has held on to the top spot in Schroders’ Global Cities Index for the second year running, with the UK capital scoring highly in a number of areas and being ranked first among its global peers for innovation.

It also scored well for its world-class universities and extensive public transport network, which is set to expand this year with the long-awaited opening of the new Elizabeth Line.

Universities, in particular, are integral to the future prosperity of a city, as highly qualified graduates earn more money and generate higher tax revenues.

“London continues to score well on all four metrics of the Global Cities Index and the importance of transport and universities cannot be over-stated,” said Hugo Machin, a fund manager at Schroders who compiled the index.

“London, with the opening of the new Elizabeth line and a long-standing tube, bus and rail network, has a high standard of mass transit compared to other Global Cities,” he added. “The city also has universities that remain at the forefront of academic research with the London School of Economics (LSE) and Imperial College leading the way in a number of fields.”

Fears of a mass exodus away from cities in the wake of the Covid-19 pandemic, driven by the move to remote working, appear to have been overstated.

Data now points to a trend of movement away from city centres, but not away from cities entirely. The idea of a 60:40 week – three days in an office and two days working remotely from home – has now started to become a reality. And although people are spending less time in the central areas, cities remain important as they are the backbone for businesses and offer vital opportunities for collaboration, which is essential, particularly in the new knowledge economy.

Boston moved up to second place in this year’s index, switching places with San Francisco, which slipped down to third place. Boston’s ascent in the index recognises the city’s status as a global centre for bio-medical research and innovation, following its contribution to the development of Covid-19 vaccines. Boston was also ranked the top city for its transport infrastructure.

New York advanced one place to take the fourth position in the index, with the "Big Apple", the biggest city in the US by population, ranking particularly highly for innovation and transport infrastructure.

Melbourne, Australia’s second largest city, moved up five places in the index to take the fifth spot. The city scored well for economic dynamism and innovation but lagged some of its peers for its transport infrastructure. Meanwhile, Paris, the only other European city to make the top 10, slipped three places to take the seventh spot.

Hong Kong also saw its ranking in the index slip, with the special administrative region falling to ninth place from a fifth-place ranking in the 2020 index. However, despite falling back slightly the city continued to rank highly in a number of areas, particularly innovation (where it was ranked third overall) and in its access to transport infrastructure.

Chicago, the third-biggest city in the US, rounded off the top 10, rising 22 places from last year’s index. Fellow US city Philadelphia also climbed the index, jumping 31 places to take the 13th place. Dutch city Amsterdam was another strong performer, jumping 26 places to 21st place.

Covid-19 lockdowns will continue to have an impact

“The full material impact of the Covid-19 lockdowns on cities around the world has not been fully reflected in the data yet. Nonetheless, some prominent cities that have been subject to harsher lockdowns and Covid-19 restrictions are invariably going to struggle to attract inward investment, the desire for companies to put down roots there or maintain offices in these cities,” Hugo Machin said.

“Cities in Australia, New Zealand, Canada, Hong Kong and in the West Coast of America for example, have endured severe and prolonged restrictions. This could have a negative impact on their long-term attractiveness,” he added.

“This is the case in the US, where migratory patterns to the sunbelt states of Texas and Florida are becoming more pronounced. Schroders has begun to track this through job listings and mail forwarding data. Arguably, this trend started prior to the Covid-19 pandemic.

"The high cost of living and societal issues in West Coast cities has led to a lower quality of life in these areas, and more restrictive measures through the pandemic have exacerbated this further. On the other hand, demand for real assets in cities in the southern states is continuing to accelerate.”

Q&A: How global cities could benefit from green dividends

Can global cities still thrive after the Covid-19 crisis?

Schroders is a world-class asset manager operating from 38 locations across Europe, the Americas, Asia, the Middle East and Africa.